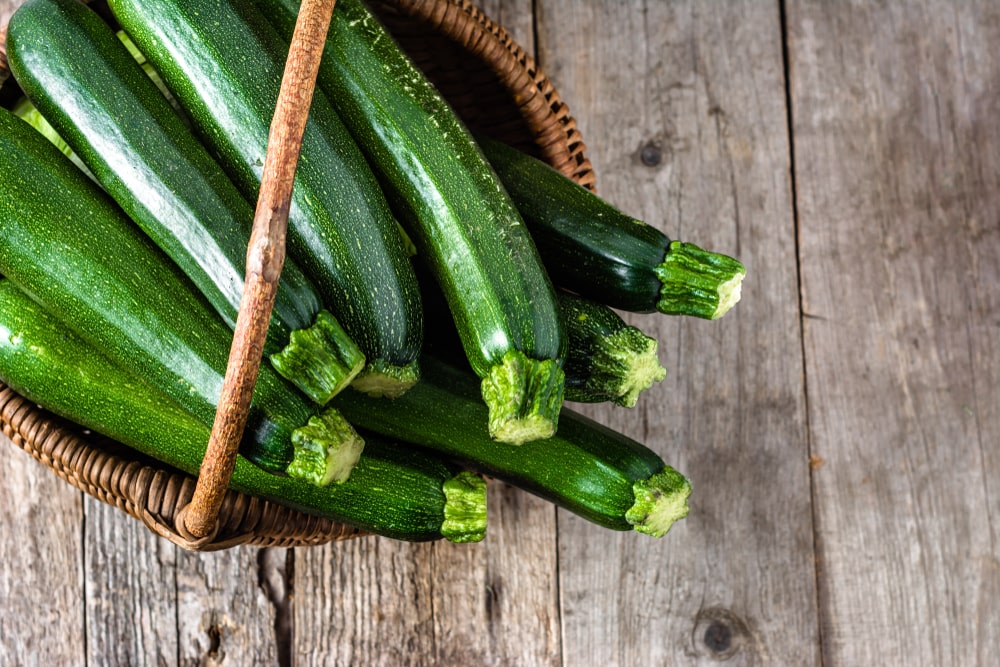 Zucchini—is anything more quintessentially summer? But here are some tidbits you might not know:

Zucchini and other squash are easy to grow in a sunny garden. Because squash is somewhat prone to powdery mildew, give squash plenty of room. Keep your eyes out for squash bug eggs—which you’ll find laid in clusters of 15 or so on the backs of the leaves. You can simply “tap” them off with the sticky side of duct tape. Squash bug nymphs winter over in the soil, so if they become a problem, plant your squash elsewhere next year.

Squash vine borers are larvae that burrow into the stem at the base of the plant. You’ll notice the leaves at the end of the vine beginning to wilt, even though the plant has been watered. Once you get them, it’s very difficult to get rid of them so the best thing is to not get them! Take strips of aluminum foil and wrap them around the stems at the base of your plant. If the insects can’t get to the stem to lay their egg, you won’t get squash vine borer.

And, just in case you get a bumper crop, there is actually a day called “Sneak Some Zucchini Onto Your Neighbor’s Porch Day”.

Let’s celebrate the summer season by growing and eating a generous amount of zucchini. They taste great and they’re good for you!