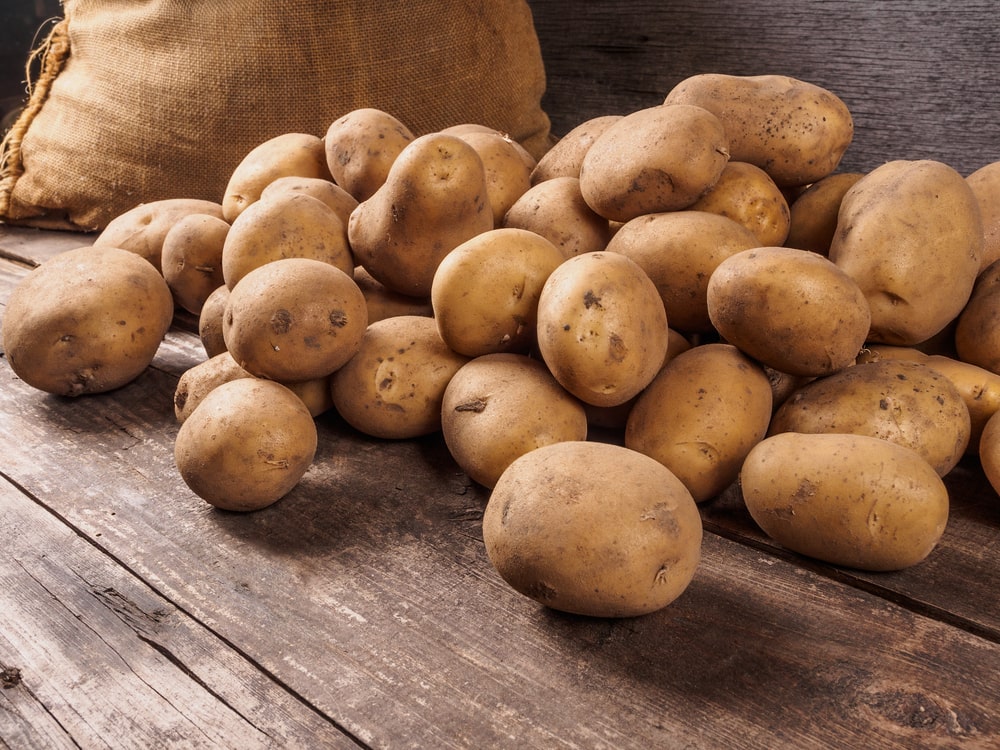 What’s more delicious than a steaming hot potato with melting butter or sour cream and chives? Or mashed potatoes? French-fries? Potato Chips? Potatoes are on many people’s favorite food list. But where did they come from? Whoever came up with the idea for potato chips or French fries?

Let’s “Dig” for the Potato Facts

How to Grow Potatoes

Potatoes are easy to grow. Plant potato sets in full sun in a six-inch deep trough. Space them 12-inches apart and cover them with four inches of soil.

When foliage is about six inches tall, make “hills” around the base of each plant to just beneath the bottom leaves. Continue to “hill” as plants grow, until they begin to bloom.

Water potatoes with about one-inch of water a week. Feed regularly with Tomato-tone until mid-summer, then stop. Fertilizing late in the season can induce top growth at the expense of the developing potatoes.

Because potatoes are related to tomatoes, do not plant where you’ve had a problem with a disease on your tomatoes.

They’re In and Waiting For You!

Fresh potato sets or “starts” have just come in at the Great Big Greenhouse and can be planted around the first of April.

We’re here to answer all your veggie planting questions from Asparagus to Zucchinis and everything in between – including potatoes!

The Great Big Greenhouse Has All Your Gardening Needs!

Stop by the Great Big Greenhouse and get everything you need to grow delicious potatoes in your garden.