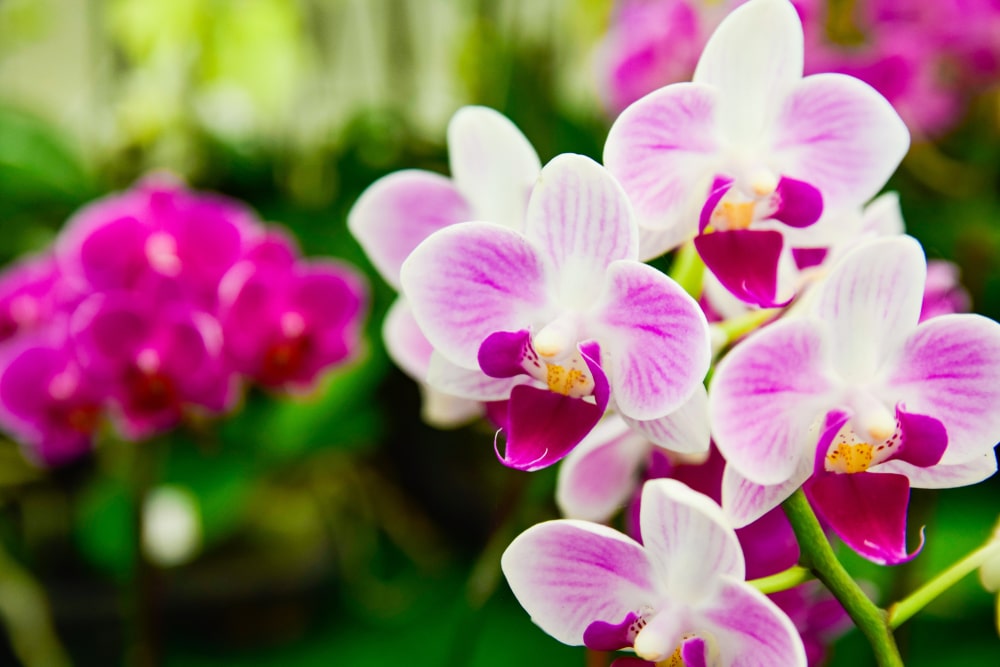 Orchids are one of the most popular blooming plants given for Valentine’s Day. With Valentine’s Day coming soon, here are a few interesting facts about orchids.

Oncidium orchids produce small flowers in clusters that, from a distance, can look like a swarm of bees. They’re pollinated by swarms of other bees trying to sting them to death.

The sneakiest ones produce flowers that look like insects and even produce a scent that smells like the pheromones released by the female. They’re pollinated by males who attempt to mate with the flowers!

Orchids are 20% off starting Thursday. Get your Valentine an orchid!