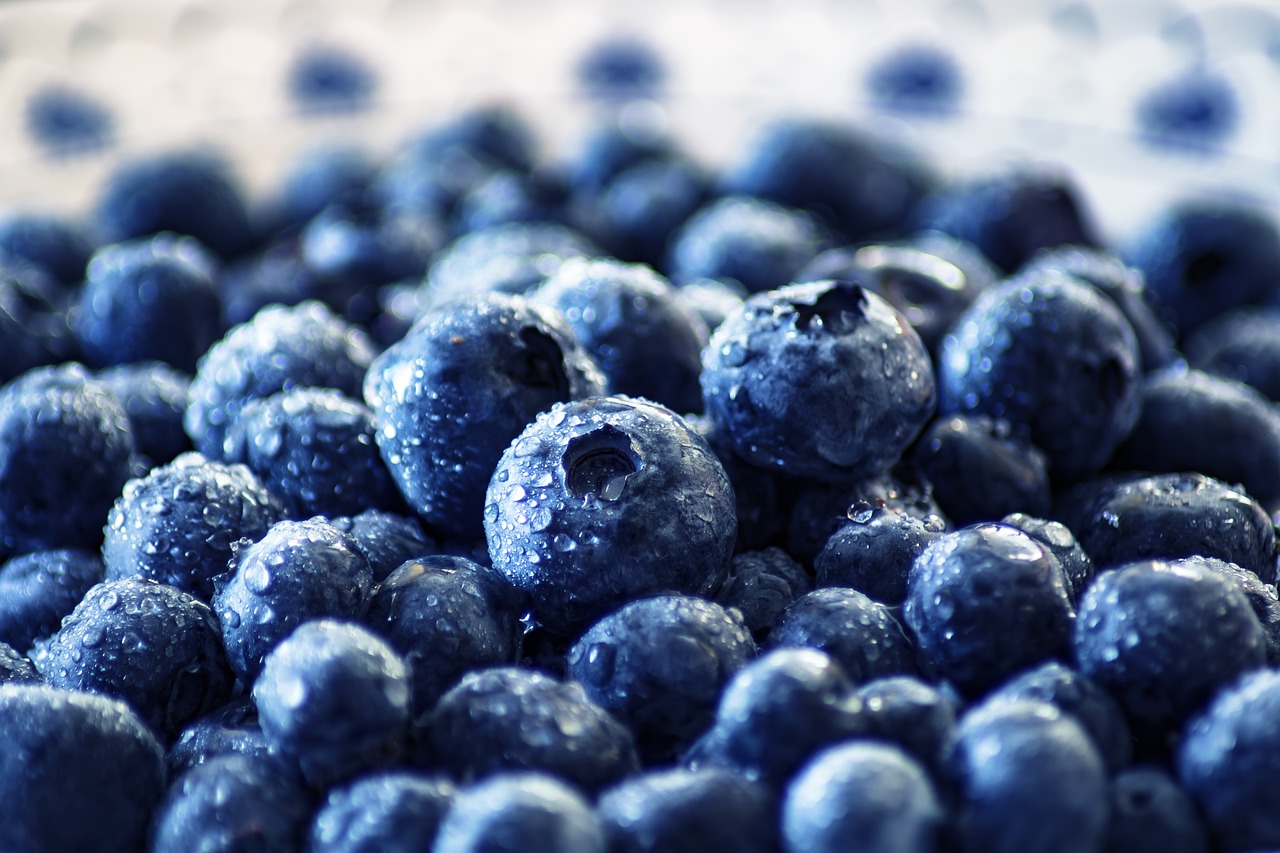 July is National Blueberry Month.  Nice to have a whole month dedicated to one of my favorite things.

So here are a few interesting tidbits about these delicious berries.  Blueberries belong to the family Ericales.  This makes them related to cranberries, Brazil nuts, persimmons, camellias, azaleas, and rhododendron!

They are native to North American where they were gathered and eaten by Native Americans for centuries.  As early as 1615, early explorers saw Native Americans making a pudding called “sautauthig” using dried wild blueberries, cornmeal, honey, and water.  Some historians believe that this pudding was present at the “first Thanksgiving.”

Native Americans called blueberries “star berries” because of the shape of the flowers.  They believe they were a gift from the Great Spirit to relieve the hunger of children during times of famine.  Blueberries were also used medicinally.

The United States is the world’s largest producer of blueberries.  As a matter of fact, the large juicy berries you find at the grocery store today are the result of hybridizing with the wild blueberry done back in the early 1900’s in New Jersey.

Blueberries are second only to strawberries as peoples’ favorite fruit.  And, thanks to the designation of “Super Fruit,” blueberry consumption has more than doubled in the last ten years.

So here are the important facts: One cup of blueberries only contains 80 calories.  It contains nearly 4 grams of fiber and 25% of the recommended daily allowance of vitamin C.  Thanks to the blue color, blueberries contain an important phytonutrient called anthocyanin which is a powerful antioxidant.

And they’re easy to grow—if you understand their basic requirements. Blueberries, like their relative the azalea, need acidic soil.  They do not tolerate wet feet, but are very shallow rooted so can’t go but so dry either.  While they do prefer at least six hours of sunlight to produce well, they can tolerate some late afternoon shade.

Of course, because the fruit is so delicious, you’ll want to invest in some bird-netting.

Blueberries adapt very well to container growing and can easily thrive on a deck or patio.

Blueberries are partially self-pollinating, but you’ll get a greater yield if you plant two different varieties that bloom at the same time.

I’m going to celebrate National Blueberry Month by taking home a couple of pints of blueberries from our Farmers Market (every Thursday from 10 until 2 in the parking lot here) and making my grandma’s blueberry bread pudding.

How are you going to celebrate?  One way would be to go pick your own—to find a spot near you go to www.pickyourown.org.