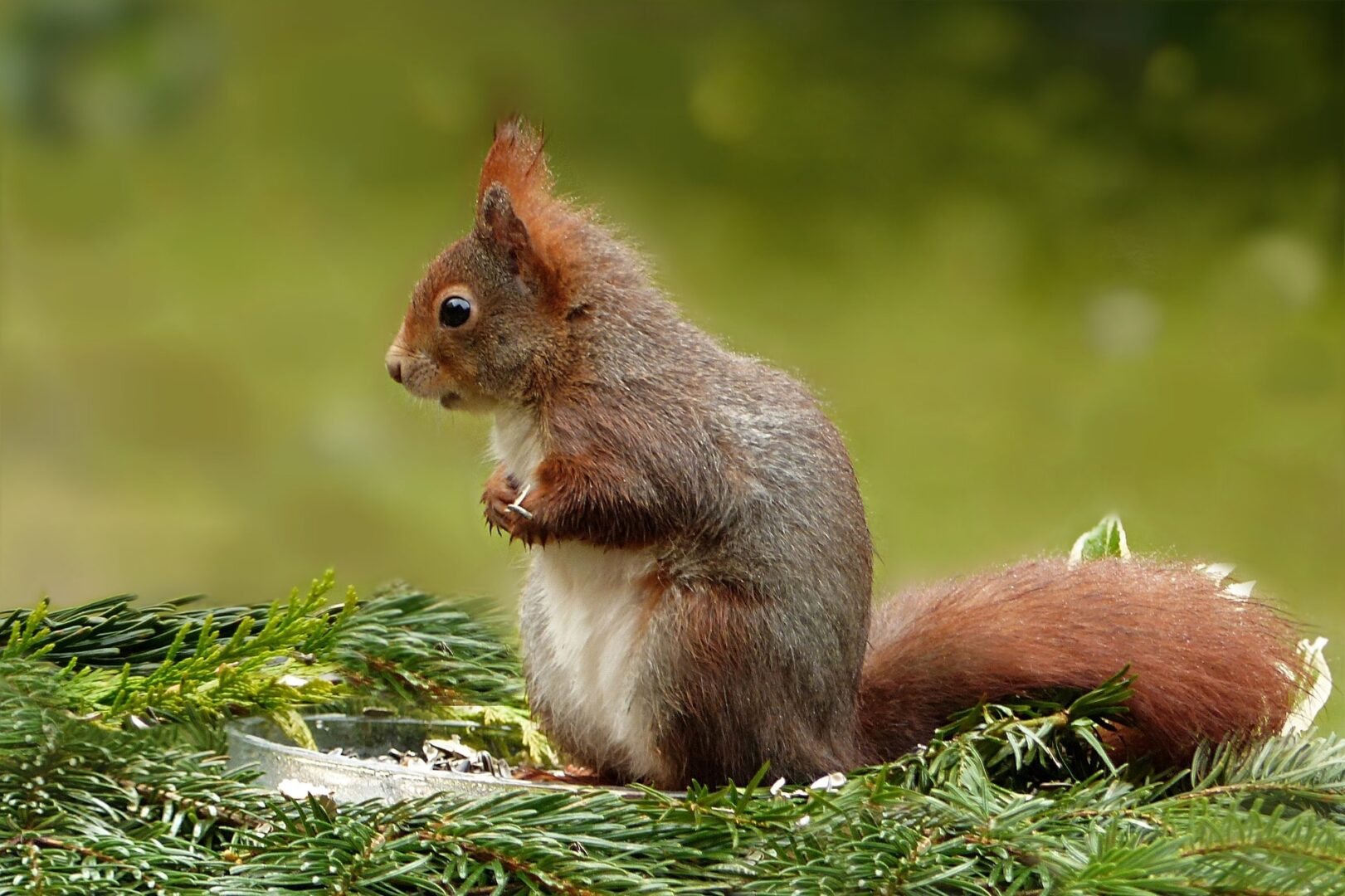 A couple of weeks ago, I did a blog on repelling mosquitoes. I had a customer come in and say her biggest problem was not mosquitoes—it was squirrels. So here’s how to live with them.

Keeping Them Away From Your Tomatoes

Squirrels can go after your tomatoes to get at the moisture content inside the fruit. They tend to go after smaller green tomatoes because they are a size that is easiest for them to handle. They do not usually eat the tomato, they take a bite or two, and suck the juice out.

Spray your tomatoes with Hot Pepper Wax—a spray that contains capsaicin. Then provide an easily accessible water source within 15 or 20 feet of your garden. If you spray the tomato but forget the water source, they may go after the moisture content in the tomato anyway if the weather is hot and dry.

To Keep Them From Digging Up Plants

Plant tulip bulbs around 10 inches deep. Squirrels dig but do not tunnel. Plant deep and they’ll leave them alone. Daffodils are toxic so squirrels won’t bother them.

If they come along behind you and dig up seeds or seedlings you just planted, keep in mind that they’re digging because the soil is loose and easy to dig in. They’re not usually after the seedlings.  Keep them from digging by generously sprinkling the soil with crushed red pepper flakes or cayenne pepper after planting to deter them.

Keep tree branches trimmed at least six to eight feet away from your house, so squirrels are less likely to chew though vents and make a home in your attic.

You know, once you learn to live with them, they are pretty fun to watch. My cats love to watch them on the back deck. Kitty-cat Television!