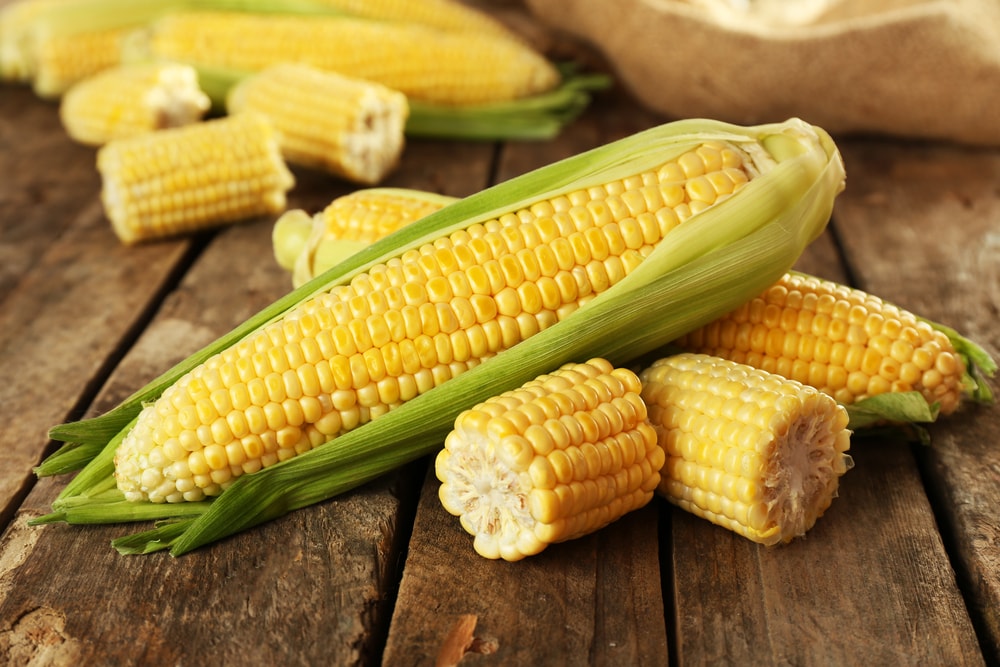 Is anything tastier or more essentially “summer” than fresh corn? Because the sugar in corn begins to convert to starch soon after picking, Grandma always said to get the water boiling then go pick the corn, but there are now sugar-enhanced varieties that hold their sweetness for a few days after picking. Still, fresher is always better.

The History of Corn

Corn is truly American. However, corn, the way we know it, doesn’t exist in the wild. It was hybridized from a native grass called Teosinte. Teosinte has a tiny ear with only 5 to 12 hard chewy kernels. The corn we know today was selectively bred for decades to develop ears with hundreds of soft sweet kernels. Still, it’s been around a while–Aztec and Olmec Indians were eating it more than 7,000 years ago.

It made its way to southern North American, particularly Arizona and New Mexico, where it was grown by Native Americans in the “Three Sisters” combination of corn, beans, and squash. The corn supplied support for the beans. The beans, in turn, helped to anchor the shallow-rooted corn, as well as enriching the soil with nitrogen. The squash shaded the soil which helped to retain moisture, as well as keeping the weeds down. Corn didn’t make it to Europe until after Columbus “discovered” America.

The average ear of corn has 800 kernels arranged in 16 rows. The male flowers are in the “tassels” on top of the corn stalk. The female flowers are the ears with the silks. Each strand of silk goes to ONE kernel of corn.

How to Grow Your Own

To grow your own corn, choose a sunny area that is at least 4 feet or more square. Because corn is pollinated by wind, you’ll get better pollination when corn is planted in four short rows rather than one or two long skinny rows.

Cool soil can slow the development of corn so wait to sow until soil temperatures are around 70 degrees—usually mid to end May here in Central Virginia. Corn does not transplant well so direct sow seeds. Sow seeds one inch deep and four to six inches apart, thinning to 10 inches apart. About a month after corn is planted, mulch it to keep the roots cooler.

Corn prefers rich soil so work in plenty of compost. After the corn sprouts, feed again when around six inches tall and again when corn is knee-high. Any organic granular fertilizer like Garden-tone can be used.

When husks are dark green, silks are brown and dry and the top kernels spurt “milk” when pressed with a fingernail, the corn is ready to be harvested.

If You Lack the Space to Grow It, You Can Still Get It

If you don’t have the space to grow your own corn, then shop your local farmer’s market. That way you’ll still be getting corn that was picked last night or this morning instead of last week. We have a Farmers Market here at The Great Big Greenhouse that runs every Thursday from 10 until 2 in the parking lot.

2 thoughts on “BONNIE’S GARDEN: Fresh Corn Ahead – How to Grow Your Own”