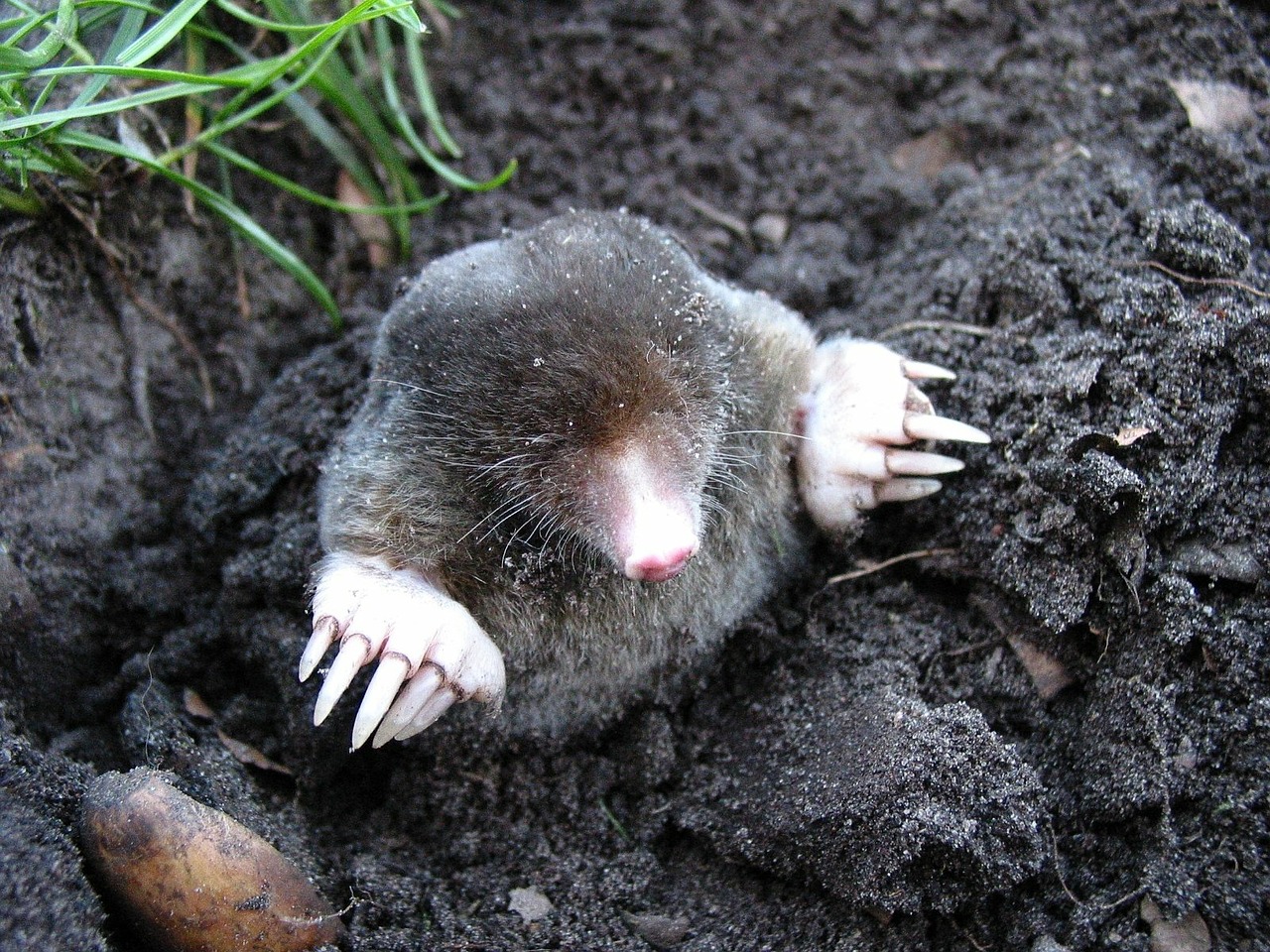 It is only mid-February and many customers have come into the garden center or called the store with concerns about seeing their lawns being torn up with mole tunnels.   The customers are wondering, why now?  With the cold winter we are having, aren’t the grub worms still down deep in our soil?

A COMMON QUESTION  –  So, if the moles are not after white grub worms just yet then what is going on?  The main reason for recent mole activity in our lawns is because February is one month that they are mating and are very active – a reason for seeing active tunneling this time of year.  After their mating season, the mole becomes more solitary where they like to be by themselves.

Since you have evidence of moles in your lawn., you may be asking what can be done to eradicate moles to stop any further lawn damage.  Bottom line, it is not an easy task.  Like any other situation, the best defense is education and understanding your opponent.  In this case – the mole.

Moles are burrowing mammals and are members of the scientific order – Insectivora.  Moles live underground.  They are not rodents like a lot of people may refer to them as being. Here are just a few more educational facts on moles:

I now understand that this is the mating season for moles and this is the main reason for seeing activity.  But how can I stop moles from doing any further damage to my lawn?  Where do I start?  The reality of the situation is that getting rid of moles out of your lawn is not an easy task.
My advice  –  do everything possible to make their residency as unpleasant as possible in your yard.

Happy Gardening and Mole Away!!!