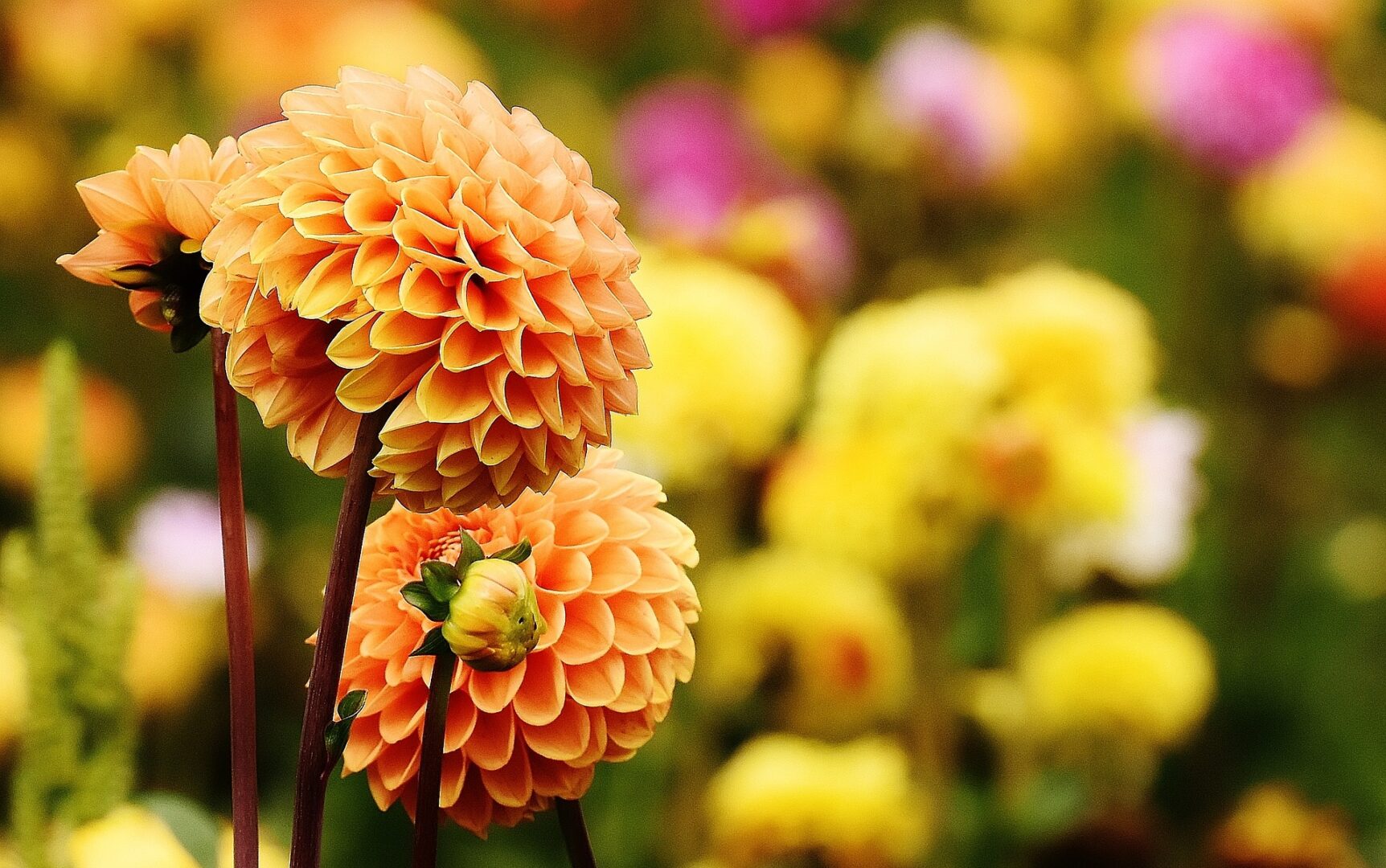 Did you know that dahlias were originally grown as a food crop?  They were cultivated as an edible by the Aztec Indians who roasted and ate the tubers.  It’s said they taste like a cross between a carrot and a potato.

As a matter of fact, they were originally introduced to Europe in hopes they could be grown as another root crop like turnips or potatoes, but once the Swedish began hybridizing for flower size and color, people lost interest in eating them and began growing them ornamentally.   I’m going to stick to growing mine for the flowers, but if you choose to nibble yours, you can even find recipes online for them.

Dahlia has amazing diversity—flower sizes from 2 inches up to 12 inches;  plant heights from 10 inches to five feet; different flower shapes from daisy-like to round “ball” types to multi-petaled doubles; and colors from white to burgundy-black and every color in between (with the exception of blue).  The reason they are so diverse is that they are what is known as an octoploid—meaning where most flowers have two sets of homologous chromosomes, dahlias have eight!

Dahlias are members of the Asteraceae or Aster family—along with sunflowers, daisies, zinnias, and dandelions.  They’re native to Mexico and are, in fact, the national flower of Mexico.

I grow dahlias because they’re easy, durable, and will bloom all the way to frost.  This is important because fall is when a lot of annuals are finishing their bloom and while pollinators are still out and about, they need to eat.  As a matter of fact, birdsandblooms.com lists dahlias as one of their “sweet 16” plants that will feed pollinators up until frost.

To grow your own, you simply need a sunny place.  You can plant them in the ground or in a pot. Plant the tubers six inches deep in a well-draining soil. You do want to pay attention to the height.  If you’re planting one of the taller varieties, you might want to stake since those huge dramatic flowers might make the plant a little top-heavy.  A little Flower-tone or Bulb-tone over the course of the summer wouldn’t hurt.

Do not plant dahlias out until soil temps are 60 degrees or better-around the first week of May.  While they are not winter-hardy here, they are very easy to dig and store.  I simply lift mine before the first frost, cut the tops back and allow the tubers to dry out a few days, then put them into a brown paper grocery bag and tuck into my attached toolshed.  A basement or attached garage would work fine.

We have a great selection of dahlias now.  Come in and let me help you select the ones you want to brighten your yard and make your pollinators very happy.