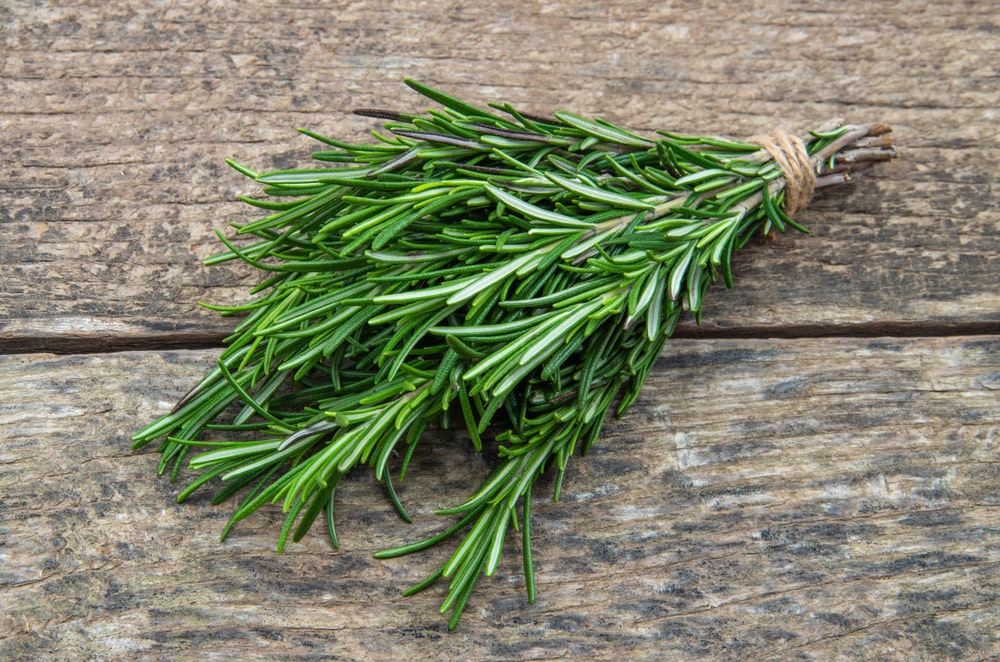 One of the plants often given as a gift this time of years is Rosemary, so here’s what you need to know:

Rosmarinus officinalis is native to the Mediterranean.  It’s a member of the Lamaceae family—which includes oregano, basil, thyme and mint.  Wild rosemary can be found growing on the rocky cliffs along the coasts of France, Italy, Greece, and Spain.

The name of Rosemary originates from the Latin word rosmarinus, meaning “dew of the sea”.

In the Middle Ages, it was associated with weddings and often worn as headdresses by the bride.  It was also tucked under pillows to help prevent nightmares and planted around houses as protection from evil.

Like a lot of herbs that are native to the Mediterranean, rosemary is sun-loving and drought tolerant.  It is moderately winter-hardy, however it really doesn’t like temperatures in the single digits—particularly when combined with wet soil!

To successfully grow rosemary outside here, you need lots of sun and very well-draining soil.  Certain varieties of rosemary are more winter-hardy than others (though none like temperatures below 10 degrees.)  The most winter-hardy varieties commonly found are Arp, Hills’ Hardy and Salem.

If you grow rosemary outside in a container, then pull it to a very protected area over the winter (right up next to the house, for example) and pile an armload of leaves or pine needles around the pot.  If they forecast temperatures to drop below fifteen, you might want to either pull the plant into a cool toolshed or garage for a night or two, or throw a sheet or blanket (don’t use plastic) over it temporarily for protection.  Try to avoid bringing it in the house as the dramatic change from cold to warm may shock the plant.

If you’ve planted your rosemary directly in the garden, then just cover it for the night, being sure to remove the cover once temperatures get above 20 degrees or so.

To grow rosemary indoors, you basically need the same conditions as outside–lots of sun and very well-draining soil.  Directly in a window that gets four hours or more of sun is best.  Allow the soil to dry out fairly well between waterings, though not bone dry.

Besides tasting good, rosemary is good for us.  It contains carnosic acid which fights free radical damage and may help with brain and eye health.  Preliminary evidence shows that it may also help prevent brain aging.  I guess that old saying “Rosemary for remembrance” has something to it…