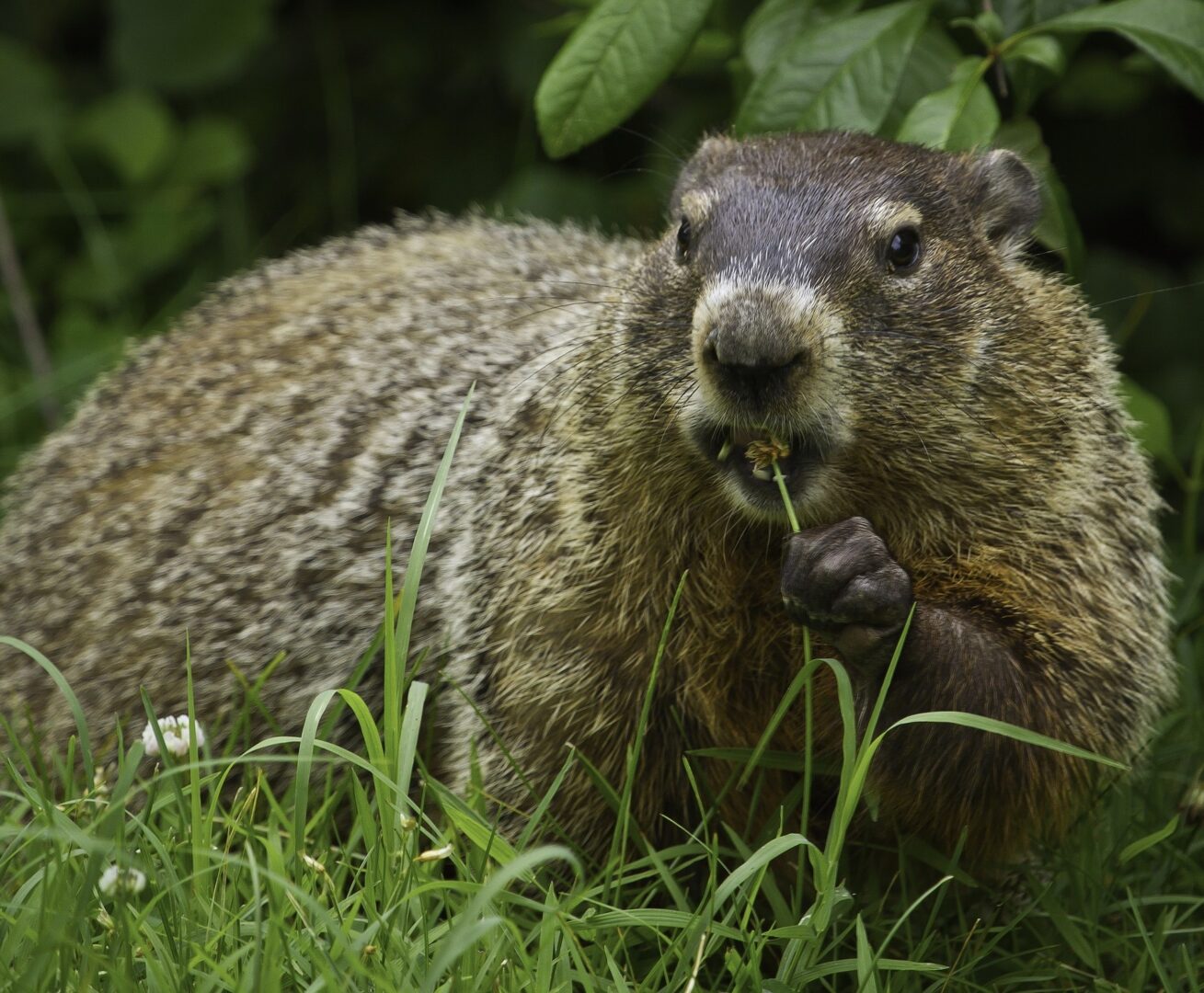 This coming Friday is Groundhog’s Day.  So here are a few interesting facts about Groundhogs…

Groundhogs are not related to hogs at all but are marmots closely related to squirrels.  They are basically a giant ground squirrel. They’re widely distributed across North America from northern Alabama all the way up to Alaska.

They truly hibernate over the winter.  They go into a deep sleep in mid to late October until early spring.  Their body temperature falls from around 99 degrees to around 40 and their heart rate slows from around 80 beats per minute to around 5!

They’re sometimes called Whistle Pigs (because of their high-pitched squeals) or Land Beavers.  Their most common nickname is Woodchuck.

So how much wood could a woodchuck chuck?

The name “Woodchuck” has nothing to do with wood at all.  It is based on the Native American word for them which is “Wuchak.”

The problem with Woodchucks…

A woodchuck can dig an impressive burrow—from eight to over fifty feet long.  This can play havoc with farm vehicles driving over them.  The other problem is that woodchucks eat plants.

By the way, if you happen to be bothered by groundhogs in your yard, here’s what to do:  Because groundhogs are solitary creatures, the average homeowner will usually have to deal with only one or two.  Set out cruelty-free traps with suitable bait (usually fruit), checking traps every day so as to minimize stress on the animal if you catch it.  Let it go elsewhere.

Repellents are very effective—use any repellent labeled to repel moles and/or voles.  If you see an entrance to their burrow, you can “flood” them out with a hose, then put the repellent down to keep them from returning.

Can they really predict the weather?

Groundhogs do wake up from their winter hibernation in early February, but this is usually the males who begin sniffing around for the burrows of the closest females.

So how good are they are predicting the weather?  According to NOAA (the National Climatic Data Center), the “groundhog has shown no talent for predicting the arrival of spring…” and according to stormfax.com, Punxsutawney Phil is only right 39% of the time.