Barry grew up and spent most of his life in a New Jersey farm community located among hundreds of nurseries, farm markets, garden centers, and farmers who grew every type of crop imaginable, He attended Penn State University earning a B.S. in Business and Finance and graduated from George Washington University Law School. He served his Country as a Captain in the US Army from 1966 to 1969. What followed was a long career practicing Law while at the same time balancing his interests in agriculture, landscaping, landscape design and farming. Corporate, trial, medical, insurance and agricultural law matters were a part of his practice and he incorporated and represented many farmers, nursery growers, farm markets and retail garden centers.

Barry spent over 30 years as an Arbitrator and Mediator for the Courts and the American Arbitration Association and taught seminars and Law School courses, including Alternative Dispute Resolution and Negotiation Techniques. Over a span of decades he learned from many of his farmer/nursery grower clients how to grow trees and shrubs, source plants, and did his own extensive landscaping and design. This was expanded into researching and assisting his professional nursery and landscape company clients as well as landscape design services for family, friends, and clients.

Despite a busy legal career and his agricultural involvement, Barry never neglected his Community interest obligations. He was a member of the Board of Trustees and Advisory Board of a private Country Day School from 1983-2002, serving as President from 1988-1991. He chaired fund drives for United Fund and Heart Fund and served on the Board of Managers for the American Cancer Society for nearly twenty years. Barry was appointed to the President’s Economic Development Council at Penn State in 1985-1986 and served as an academic recruiter for Penn State from 1978-2000 as well as being a co-founder of the Delaware Valley Nittany Lion Club. He was appointed to the Parent’s Advisory Board at Sweet Briar College 2000-2002, served as a member of the Board of Trustees of the Bay-Atlantic Symphony from 1985-1990 and was a Student Mentor at George Washington Law School from 2000-2005.

After retiring from practice he spent over seven years as a nursery and operations manager for farm markets, commercial nursery growers, farms, and garden centers. During that period he was a landscape designer, scheduled and supervised landscape crews, sourced trees and plants, grew nursery stock, supervised farms and orchards, managed garden center and retail nursery operations, and handled all customer relations issues. Barry is living his dream with a second career doing what he has loved to do for his entire life in landscape design.

Because of his “hands-on” experience designing landscapes, building his own patios, walls, pool decks, gardening, plowing his own fields, growing trees and shrubs, repairing and servicing tractors and farm equipment, Barry is able to relate to his client’s needs at all levels and in all areas. With his extensive knowledge of trees, shrubs, and perennials he enjoys giving every Meadows Farms landscape design client individual attention in order to fulfill their landscape dreams at the most reasonable cost. Trying to avoid the “ordinary” look that plagues many properties, Barry strives for the unusual, the interesting and the unique look by creating striking designs and incorporating high quality and specimen plants wherever possible.

“Barry went out of his way to help me gain HOA approval for the Landscaping Plan and even went to the HOA meeting with me. He is extremely knowledgeable (and funny). he really developed a quality plan that is also low maintenance. I am very grateful for Barry and Meadows Farms.”

“Barry was beyond excellent. He is outstanding. He figured out what we really wanted instead of what we thought we wanted. Now we have the best trees in the best places. He facilitated getting previous trees removed and explained everything to the foreman. He is knowledgeable and efficient. He is a treasure.”

“Barry Perlow is a true professional; one who cares about the customer as much as the design. He is dedicated, inventive, mindful and truly devoted to the wishes and concerns of the customer. His final product is stunning, as is his constant follow-up and attention to detail. Simply, he is ‘the BEST’!!”

“Very patient when parameters had to change to satisfy the Cluster Assn. Ended up making everyone happy despite the numerous restrictions we had to deal with. Great choice of native plants. It looks great. Even the birds will be happy!”

“Excellent across the board. I can’t wait till I can save up for the back yard!”

“Understood & worked with us on our time constraints (short lead time to list property) & allowing transfer of Warranty to new home owners. Professional, prompt, pleasant to work with & great ideas!”

“My husband says the new front walk and the landscape design really gives our house the ‘Wow Factor’ look. Thanks for a great job!”

“Responded well to feedback. Made himself available at all times. The finished product looks great.”

“We could not be more pleased.”

“I thought I knew what I wanted & Barry helped confirm my decisions. He also suggested other plants that were perfect for a bare corner. He was very helpful and assisted us with the scheduling department because of some time constraints we had. Excellent job. Thank you!!!”

“Very personable and very good to work with.”

“We loved Barry! He always went above and beyond what was asked. He often stopped by to check on progress and has touched base since the job was completed. The design turned out BEAUTIFUL!” 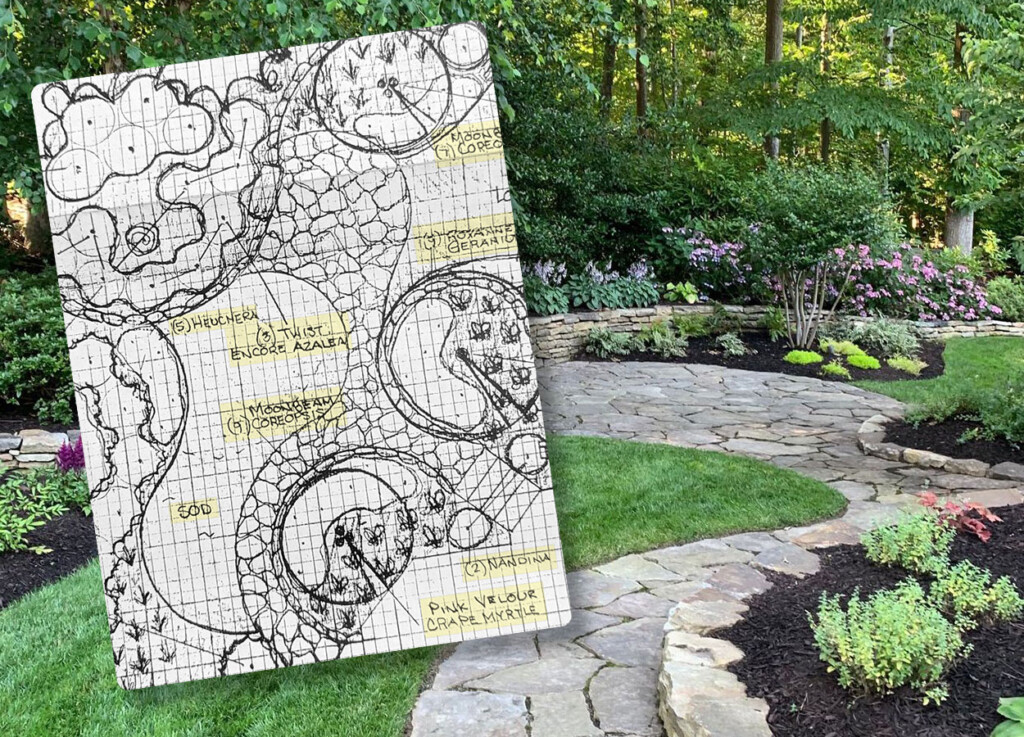 We offer $69 Landscape Consultation (1-2 hours) to customers interested in installation. Our design fee includes consultation and estimate. Make arrangements to meet with one of our 40 Landscape Architects and Designers at your home for a 1-2 hour consultation.