Home » About » Our Policies

“But how will we get it home?” When your landscaping calls for something more mature, you are definitely in the right place! But if you don’t have your own truck for transport, remember that WE DO! All of our locations are able to deliver the products we carry, whether it’s a large specimen tree or shrub, bulk or bagged soil amendments, or pallets of rock. Same day delivery available!

Check with your local Meadows Farms for the delivery fee to your home! 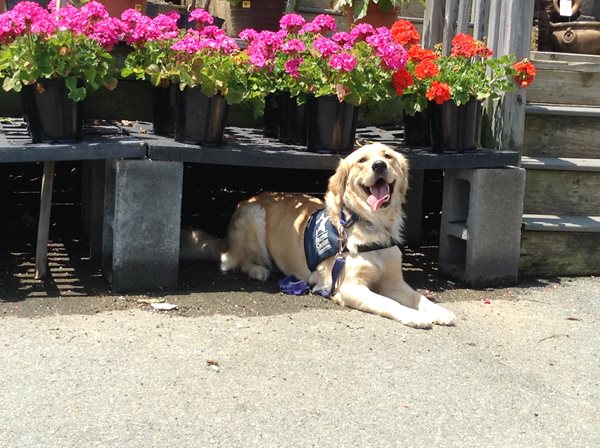 For Our Furry Gardeners

All friendly, leashed pets are welcome at Meadows Farms! We would love to add a picture of your pooch to our wall! Let us snap a shot for you or post it right to our Facebook page!

Learn more about gardening with your dog! [MOVE TO BLOG?]

The Buzz About Bees 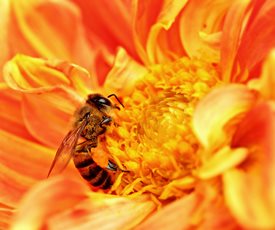 Meadows Farms is committed to practices that ensure honey bees are not harmed by the use of pesticides. We do not apply neonicotinoids (neonics) in our garden centers. Our growers are likewise working towards the phasing out and eventual elimination of their use. We educate and encourage home gardeners to strictly follow guidelines when applying all pesticides. Most insecticides will affect bees if they are sprayed on them or if bees come in contact with residues on treated foliage or blooms. That is why it is so important to read and follow all pesticide label instructions.

In 2012, the EPA put in place new and strengthened rules for pesticide labeling of pesticides containing neonicotinoids. The image of a honey bee must be included on labels of pesticides with potential to harm them. The words “This product can kill bees and other insect pollinators” must also appear. It must state that these pesticides cannot be applied when plants and trees are in flower—all petals must have fallen. There are several other warnings, including the importance of avoiding drift.

Never before has there been so much attention on the health of honey bees in the U.S. and rightly so; thousands of commercially transported hives of honey bees are responsible for pollinating fruits, nuts, and vegetables that are essential for the feeding of people all over the world. They also ensure that we have the diversity of beautiful flowering plants we enjoy every day in our gardens. The causes of bee die-off are still undetermined, with probable causes being pesticides, mites, malnutrition, pathogens, lack of genetic diversity, urbanization (loss of habitat), immunodeficiencies, beehive transportation, electromagnetic radiation, or a combination of several of these factors.

While sudden loss of bee colonies has been documented as far back as 1869, in 2006 and early 2007, losses reached dramatic new highs. “Colony Collapse Disorder” was the term coined to describe what was happening in the United States. Most of Europe reported similarly large losses of honey bees. Today, the focus of research seems to indicate a combination of factors is the cause of bee die-off. Those primary factors being researched are neonicotinoid pesticides, Varroa mites carrying viruses, and the fungus Nosema. It is still possible that other factors are causal. 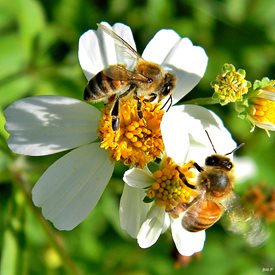 The most recent attention has been drawn to this issue based on the use of the pesticide Safari, which contains neonicotinoids, and was applied contrary to instructed use (sprayed directly on bees as they foraged on flowering linden trees around a mall) in June of 2013 and was suspected of killing thousands of bees. This prompted the creation of legislation to ban neonics in the U.S., but the bill was never enacted.

It’s interesting to note that honey bees are not native to the U.S., and except for agricultural needs for large crops, native bees such as mason bees and bumblebees are sufficient to pollinate home garden crops and native agricultural crops. Unfortunately, these native pollinators cannot be mass-utilized as easily or as effectively as honey bees.