Scenes From the Winter Garden

No doubt, the garden in winter is more sparse than times when it is chock full of blooms, but it is not devoid of interest. A brief stroll on a chilly afternoon reveals sights that are overlooked with the distraction of flowers. 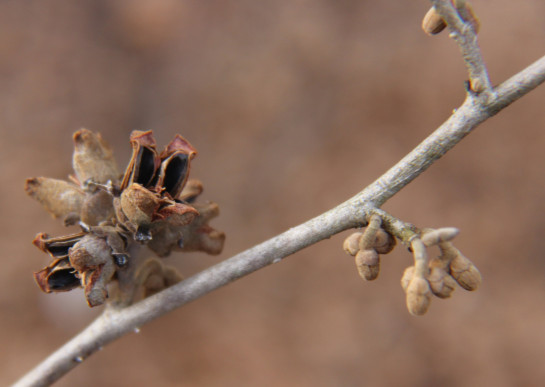 In winter, seeds of witch hazels are propulsed far from the parent plant. 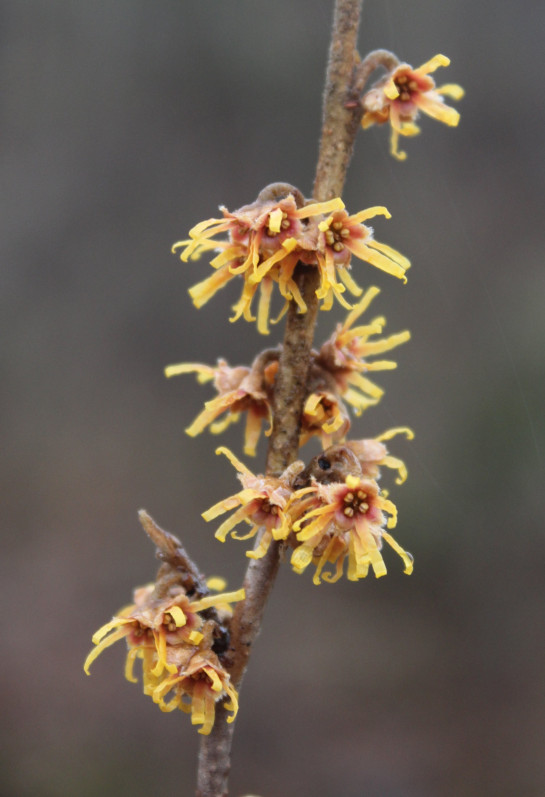 This Vernal witch hazel in part shade flowers later than another in a sunnier spot. As seedlings vary, the flowers of this witch hazel are more brightly colored. Flowers curl for protection during periods of extreme cold. 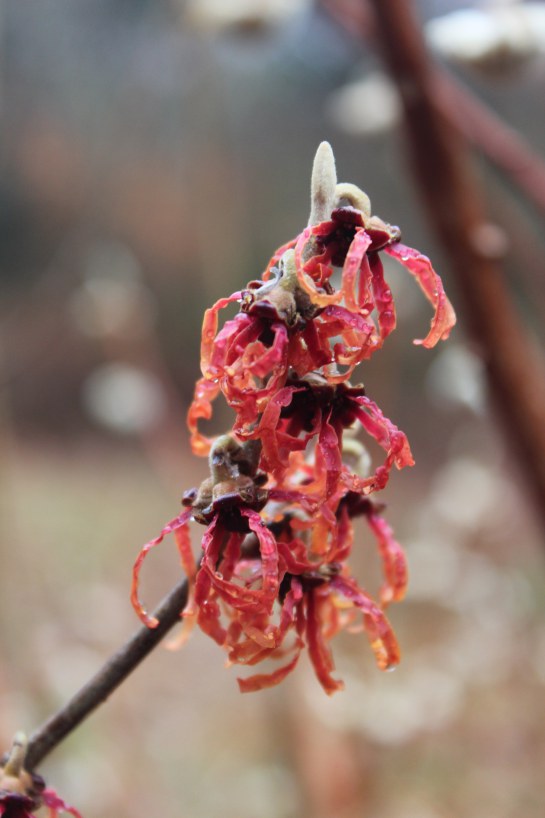 Hybrid witch hazels often begin flowering in February, but the red flowered Diane is flowering at the end of January after recent mild temperatures. The newly opened flowers appear a bit waterlogged since it’s been raining off and on today. 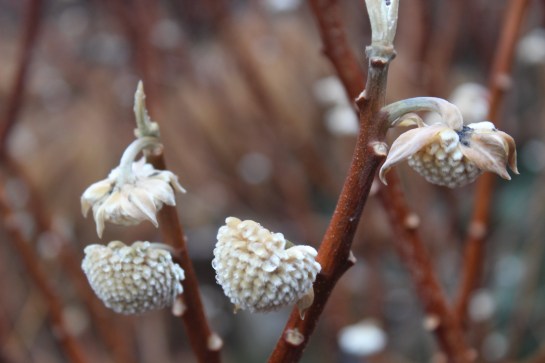 Swelling of tubular flowers of edgeworthia is barely perceptible in late January, only noticed because they are monitored daily. Flowers will continue to swell and first color is likely to be seen by mid February. There was concern that several nights that dropped to zero degrees would injure flower buds and stems, but it appears there has been no damage. 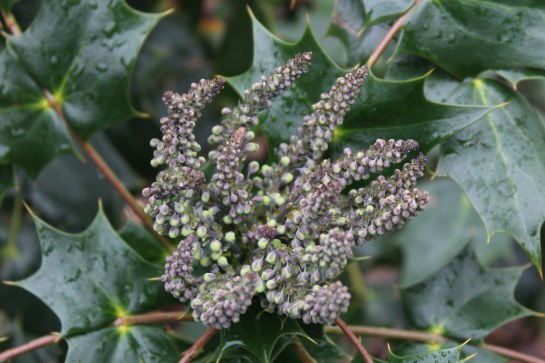 While hybrid mahonias passed from bloom during the early January cold, leatherleaf mahonia (Mahonia bealei) begins to show the first glimpse of color in late January. 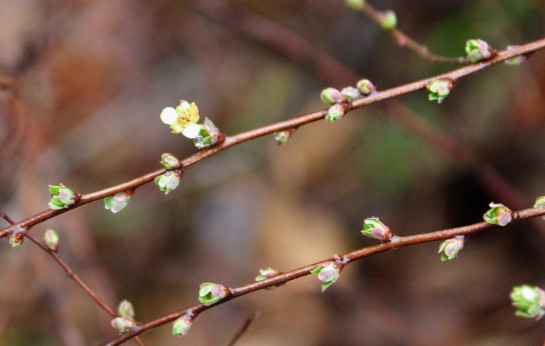 The yellow thread leafed Ogon spirea had a few scattered flowers in December, and in late January swelling buds are noticeable with a few small, white blooms. 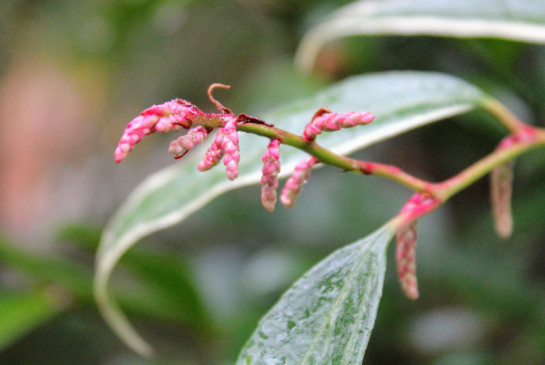 Flower buds of the variegated Coast leucothoe are evident in late January.